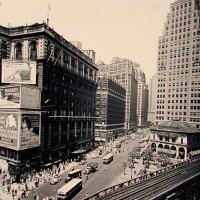 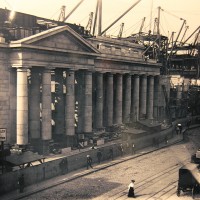 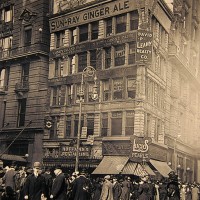 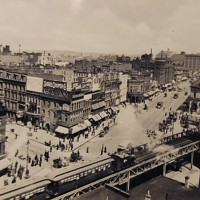 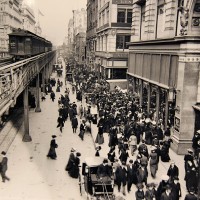 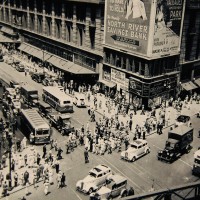 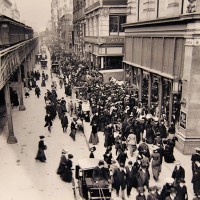 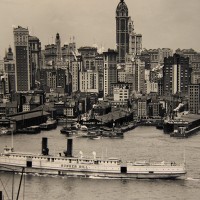 Kaufman moves his garment business to Midtown from the over-crowded Lower East Side. Shortly thereafter, Kaufman begins developing major properties, including 462 and 470 Seventh Avenue, that draw hundreds of garment businesses and mobilizes the transformation of Manhattan’s West 30’s into a mecca for fashion and design.

During the years of the Great Depression, Kaufman continues to rent space in their buildings to the growing garment industry.

The organization continues its expansion with the addition of several large buildings, including 519 Eighth Avenue, 22 & 111 West 19th Street, and 450 Seventh Avenue (Kaufman Headquarters)

Benjamin and David Kaufman take control of the family business and run the day-to-day operations. Kaufman realty Corporation is formed and becomes a strong managing agent.

George Kaufman reinvents the company with his vision of expansion. With “boots on the street”, Kaufman raises capital for acquisitions and prepares his team for an active period of development, including expanding the company with a mix of commercial and residential properties in Tarrytown, Mt. Vernon, New Rochelle and Yonkers.

George Kaufman becomes the first chairman of the Fashion Business Improvement District and Steven Kaufman becomes a founding Board Member of the 34th Street Partnership. The leasing division grows as Grant Greenspan expands promotional brokerage services for the firm.

Kaufman Investments is formed and the company continues another major period of expansion with the acquisition of 130 Prince Street and 100-104 Fifth Avenue. The firm utilizes vast knowledge of economic opportunities to reposition under-valued commercial properties.

The company continues to grow its leasing, management and acquisition divisions by capitalizing on the revolution of technology in the real estate market. Kaufman acquires 27 West 24th Street in addition to a highly sought after portfolio of four buildings in the Midtown South area where vacancy is at an all-time low.