Kaufman Astoria Studios has created a Studio complex in Astoria and with its ability to attract entertainment, retail and office clients, has forged a reinvigoration of the neighborhood. Efforts by Mr. Kaufman and his management team play a central roll in bringing feature film and television productions to New York and by so doing, create a sustainable growth for the neighborhood’s economic advancement.

George Kaufman is a member of the Real Estate Board of New York. In addition, he serves on the boards of a number of philanthropic and civil organizations, including The Whitney Museum, the Fashion Institute of Technology, Exploring the Arts and the Museum of the Moving Image.

Mr. Kaufman earned his undergraduate degree from Ohio State University and his master’s degree from New York University. He and his wife Mariana reside in New York City. 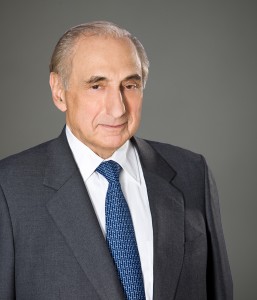